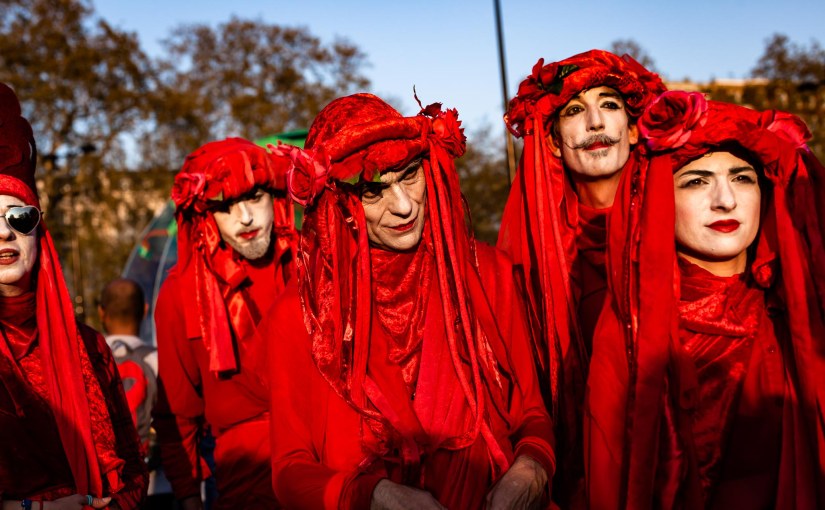 I took these images on Monday evening at the end of the bank holiday during one of my visits to the Extinction Rebellion protests (see previous blogs). There might have been a further image here; one of a policeman who was sitting, clearly exhausted in the evening sunshine, arms crossed and alone against some hoarding on Park Lane just before Marble Arch. Diane Arbus whose work you can currently see at the Hayward Gallery said taking photographs can feel ‘naughty’ – and yes, it is when we steal pictures of people in the street. The ethics of street photography seem more complex than ever as the structures of our culture emerge, perhaps in part, due to the internet which acts as a mirror and as ubiquitous smartphone-cameras make everyone a potential photographer/voyeur. Although I had asked most (but not all) the people in my images for their permission, I hoped to take an image of this lone policeman who seemed to represent authority,  exhaustion, and isolation so well. Perhaps, in the end, it would have been a clichéd shot that would never have made it passed an initial edit. However, I never got the chance to take my ‘naughty’ picture as he saw me, got up, then walked towards me to call me an idiot. I must stress this was not the behaviour of most police-people I saw, who seemed immensely patient despite what must have been a testing and exhausting week for them.

What are you doing, bloody idiots, costing a fortune, we’ve not seen our families in days, you’re all idiots …. I attempted to explain I was documenting this fantastically interesting period of change in our history … documenting what, there’s nothing to document? You’re all idiots. History is happening in front of us, I said. It’s not history; idiots the lot of you, he’d insisted. I understand he must have had his patience tested. I’d loved to have been able to explain my enthusiasm for witnessing everything I’d been reading about for the last few years emerge so vibrantly, just as the authors had predicted. To see, in front of us, the way we have internalised new ways of understanding and being – in helpful and not so helpful ways – coming to fruition, to see clear evidence of a system changing, to view power evolving. I could have bored the poor exhausted policeman to death with my childlike excitement! Next time, he ranted as he followed me, we won’t …. I never heard what he said about next time as I was too far away from him by then.

I walked on and as I reached the end of the cordoned-off area, another policeman got out of his van. Perhaps his colleague had radioed him about the idiot with the camera coming his way. Nice pictures? he asked. Maybe, I shrugged and smiled at him. It was a beautiful evening. At the bottom of Park Lane tourists stood taking pictures of a golden sun setting over London. Parked outside the Lanesborough Hotel were two super-cars and guests milling about on the steps. And around the corner, yet another sign of homelessness which we see everywhere and far, far too often nowadays. 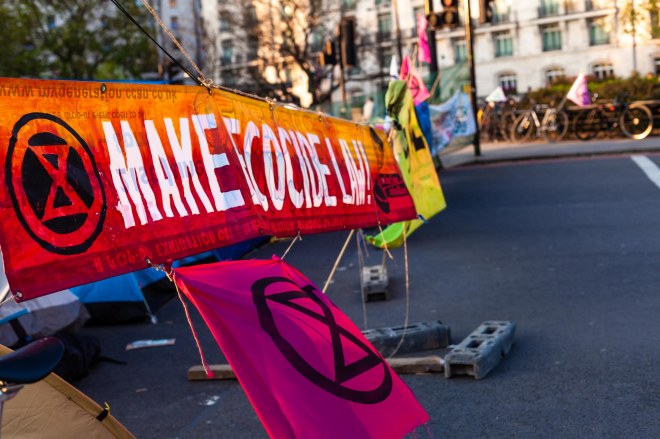 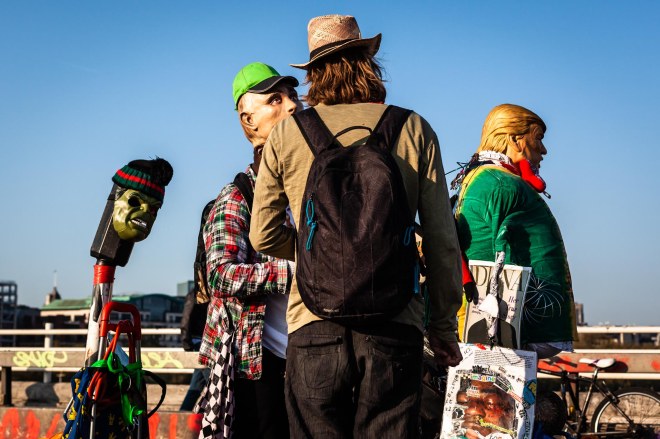 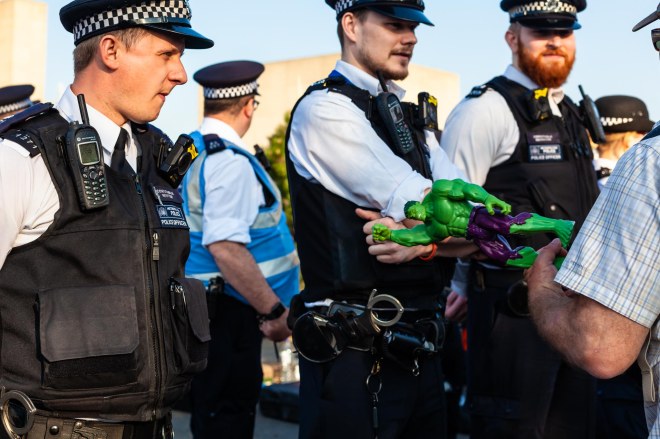 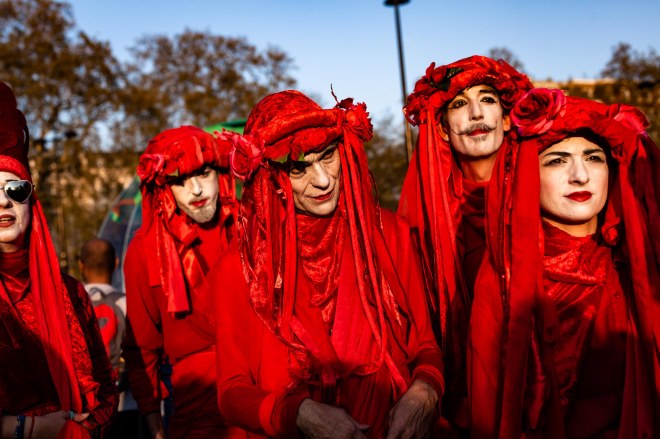 I recall taking photographs at the first anti-Brexit March in 2016, shortly after the vote took place. Although, of course, there were laughing and smiling people to photograph this time around, the mood I picked up on and see on my screen as I scroll through the images I took is very different from the earlier demonstration. I wasn’t able to stay for long, but long enough to capture these, a visual document of expressions which say a great deal about this dramatic moment in the history of the UK. 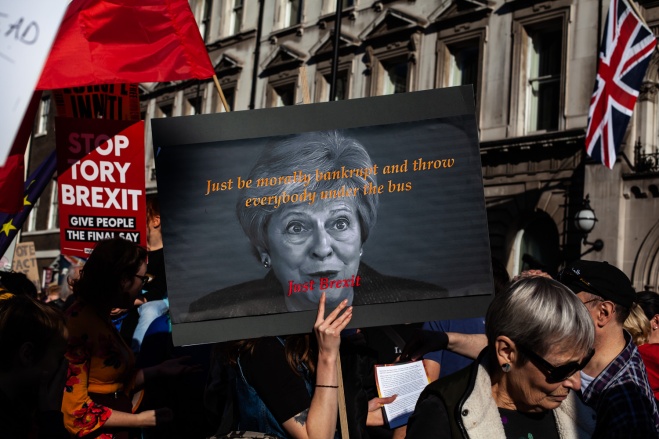 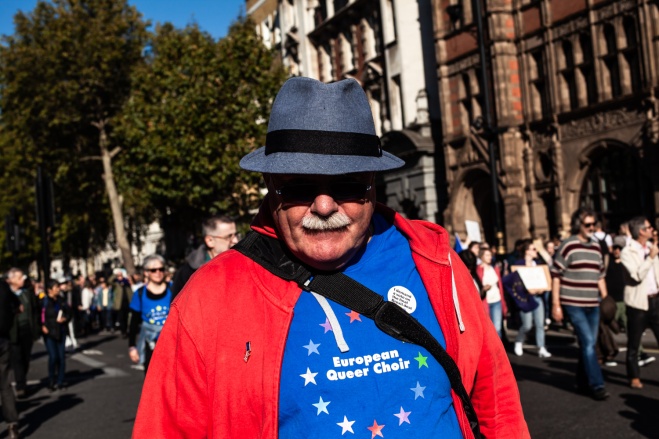 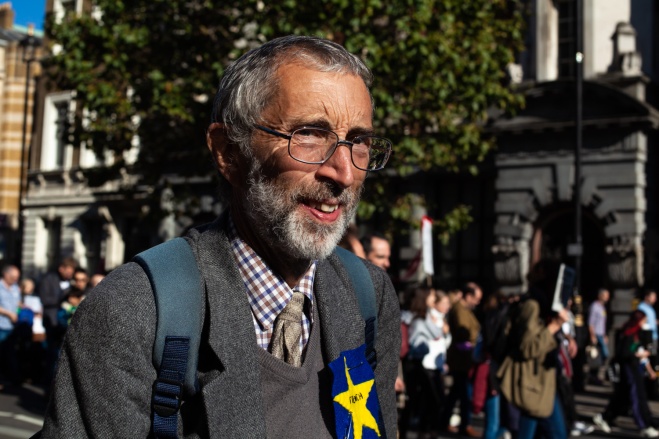 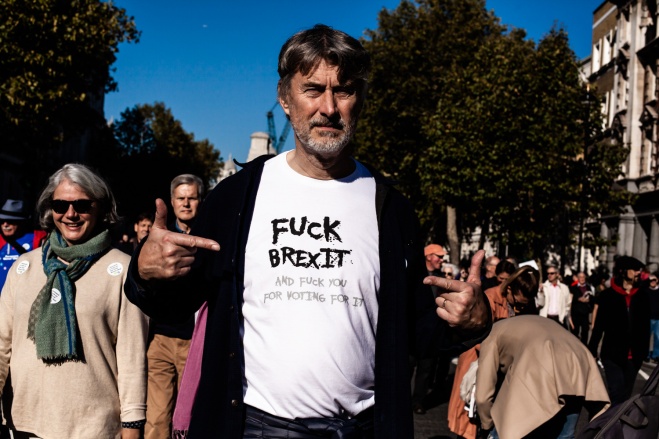 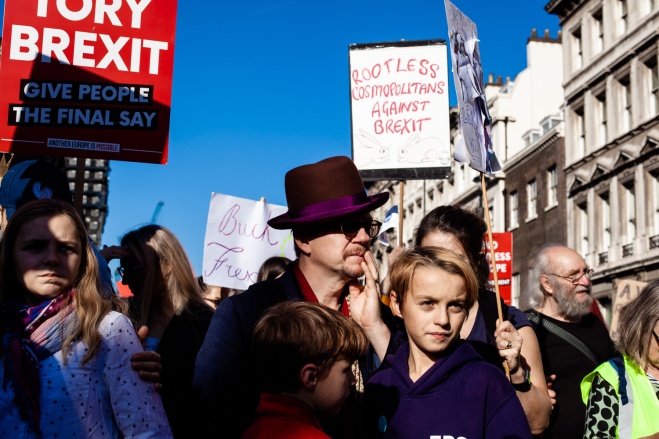 For those of you in the SW18 area, or if this corner of London is easy enough to get to, do pop into one of my local pubs run by friend and businessman, Brendan Conway. Pictures from my project documenting the Grosvenor Arms’ refurbishment, along with a handful of images I took while covering events in the pub will be on display for the duration of half term and for a short time afterwards. The exhibition was part of a first year anniversary celebration held in the Grosvenor on Thursday evening; a successful evening attended by locals and supporters of the venture and the work.

Here is a short extract from the accompanying text that supports the images. The full text can be read in the pub or on the Grosvenor’s Facebook page.

“Brendan, who looks to the past when he narrates the touching memory he has about his father and the local pub, quotes social scientist, Gregory Bateson in his written work; “Stories are the royal road to the study of relationships. What is important in a story, what is true in it, is not the plot, the things or the people in the story, but the relationships in them.” (1972)

These images document social relations that are integral to here, this place and to now. They acknowledge multiple layers of past and make it welcome not only in the present, but in our imagined futures too.” (Field, 2017)

I’d like to say a very public thank you to the people who allowed me to photograph them, to Brendan Conway and his wife Rowan who have been extraordinary supporters of me and my work and to everyone in the community who have demonstrated their enthusiasm and continued backing.  Following the exhibition, images will be be given to the people in the pictures.